Opening ceremony and most of the program will be held at the
University of Zagreb School of Medicine (Šalata 3, Zagreb) 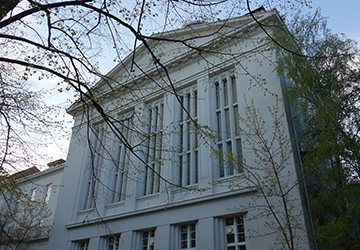 is the oldest, most respected and largest institution offering medical studies in the Republic of Croatia. The decision on its establishment was adopted by the Croatian parliament in January 1917 ... 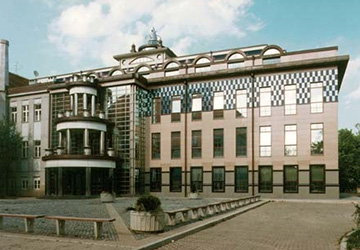 The Croatian Institute for Brain Research

is a scientific and educational branch of the ZSM established for the purpose of multidisciplinary scientific research and structuring, execution and promotion of faculty, inter‐faculty and ...

was founded in 1927 and today is a scientific and educational branch of the ZSM which organizes, implements and promotes the teaching of undergraduate and graduate university ...

The University of Zagreb

The University of Zagreb School of Medicine (UZSM/ZSM) is the oldest, most respected and largest institution offering medical studies in the Republic of Croatia. The decision on its establishment was adopted by the Croatian parliament in January 1917, which is a precedent in the Croatian higher education and testifies that already back then an awareness of the significance of academic medicine on the national ground existed, not only for the development of the medical profession, but also of the entire society. Classes officially started a year later after the inaugural lecture of Drago Perović About the direction of teaching and research in anatomy in the hall of the University of Zagreb. The first professors were appointed, which was followed by the establishment of the institutes: Department of Anatomy, Morphology‐Biological Institute, Medical‐Chemical Institute, Institute of Physiological, Pathological‐Anatomical Institute, Department of General Experimental Pathology and Pharmacology and Public Health Institute. In the period from 1920 to 1922 most of the clinical departments s were also established. In 1927, the Zagreb School of Medicine had a total of 17 teaching establishments, among which the oldest was the Sisters of Mercy Hospital, and in 1937 that number increased to 19. Most areas of the Faculty were on Šalata, on the area that was intended for the construction of the entire Medical School. In the academic year 1938/39, the total number of stu‐ dents at the Faculty was 921. After the Second World War, there was a need for more doctors, which in the year 1948/49 resulted in a significant increase in the number of students (2855). Since the academic year 1965/66, the practice of limited registration under the terms of an entry exam is established.

The development of medicine and health care in Croatia is inseparable from the University of Zagreb School of Medicine. Among the distinguished members of the Croatian medicine throughout history, and still today, by far the most doctors who have been or are professors come from the Zagreb School of Medicine. For decades, it was the only institution for doctors in our country. In the fifties of the last century, it came to an increase in the need for medical studies in other parts of Croatia, and an initiative for the establishment of the School of Medicine in Rijeka was started at the Zagreb School of Medicine, which started operating in 1955. Medical studies in Split and Osijek, were opened as regional branches of the Zagreb School of Medicine in 1979, they became independent in 1997 (Split) and 1998 (Osijek). The Dental School of Medicine in Zagreb became independent in 1962, and in 1997, the Health Studies were dissociated. Since the beginning of the 90s, the Faculty has undergone significant changes. One of the most significant was the transition from five to six years of study. In the academic year 1990/91, the first generation of students for the teaching program of six years of study was enrolled, the new curriculum was accepted, and subjects were introduced in the sixth year of study that integrate previously acquired knowledge, optional courses throughout the study based on problem solving and innovations in teaching methods and verification of acquired competences. In 2002/03, courses organized in blocks were also implemented in preclinical subjects. As the study of medicine, as well as other studies in biomedicine and health care, is specific to each university as a link between the academic and the professional community, i.e. the science, teaching and practice, any changes in these systems (Ministry of Science, Education and Sports as well as the Ministry of Health) were reflected in the functioning, performance, challenges and problems in the years that followed. It is not just a feature of the University of Zagreb School of Medicine, but also of other medical schools in the Republic of Croatia.

The Croatian Institute for

The Croatian Institute for Brain Research is a scientific and educational branch of the ZSM established for the purpose of multidisciplinary scientific research and structuring, execution and promotion of faculty, inter‐faculty and inter‐university teaching in the field of basic and clinical neuroscience. The CIBR was founded in 1991, and the building itself was completed in December 1998, so that today’s laboratories of the CIBR are active since 1999. Over the past decade, the CIBR has been the holder of the largest research programs in Croatia (Neurobiology of Cognitive Development and Cognitive Impairment – a total of 28 projects) and the organizer of the only doctoral studies in the field of neuroscience. The scientists of the CIBR participate in many international studies. Today the CIBR represents a stimulating academic environment for bridging the gap between research and teaching in order to improve the knowledge on the central nervous system and facilitate the diagnostic and therapeutic procedures of patients suffering from the diseases of the central nervous sys‐ tem. Researchers with different fields of expertise cooperate on joint projects. The faculty of the CIBR is employed at different institutes such as neuroscience, anatomy, histology and embryology, pathology, physiology, pharmacology, biology, chemistry and biochemistry, neurology, neurosurgery and psychiatry. Additionally, extramural collaborators are being employed at different institutes of the University of Zagreb, such as: Institute of Physics and Biophysics, Psychology, Linguistics and Phonetics, and Special Education and Rehabilitation, as well as the Ruđer Bošković Institute. The research at the clinical level is being carried out in coordination with the Clinical Hospital Center Zagreb, the largest university hospital in Croatia, as well as with other allied university hospitals. Together with students at the graduate and postdoctor‐ al level, the researchers of the CIBR are active in the following research areas: normal development of the human cortex, developmental brain disorders, signaling mechanisms and molecules in the fetal and adult brain, pathophysiology of the liquor and hydrocephalus, neurodegenerative diseases, schizophrenia, and the role of the stem cells in the brain plasticity and recovery. The research on human cortex development and the Zagreb Neuroembryological Fetal Brain Collection are among the most prominent internationally recognized research areas of the CIBR. The leading Croatian center for research in the field of Neuroimaging (in collaboration with the University Hospital Center Zagreb) is also located in the CIBR, and researchers of the CIBR have a well developed and diversified international cooperation. The CIBR is the seat of the Croatian Society for Neuroscience (since 2001), and therefore, CIBR has been the main organizer of the Brain Awareness Week in Croatia and other forms of publicity of neuroscience last years.

The School of Public Health

The School of Public Health „Andrija Štampar“ was founded in 1927 and today is a scientific and educational branch of the ZSM which organizes, implements and promotes the teaching of undergraduate and graduate university studies of medicine and nursing and postgraduate studies. The school conducts research and professional work, and various forms of professional and scientific training of employees in science, health and other institutions, primarily in the field of public health. The mission of the Andrija Štampar School of Public Health is to develop top experts, methods and standards in the field of public health, with the aim of raising the level of health of the population by means of scientific research and professional activity, graduate and postgraduate training and continuous education programs. The school scientifically and professionally supports the planning, development and evaluation of public health programs and policies in the governmental and non‐governmental sector. International cooperation is was deeply embedded in the Andrija Štampar School of Public Health since its founding. For years, the school has organized international programs of planning and management in health care in developing countries, and now runs international programs of education and research in their area of work. After the death of its founder dr. Andrija Štampar, the school took over his name. Štampar is one of the founders of the World Health Organization and an internationally recognized leader in the field of social medicine and public health. His principles, written back in 1926, are still valid and accepted in the international community.

The school has a special influence in the regional environment as the first and for a long time the only public health facility in the South East Europe, but also in the ASPHER network (Association of Schools of Public Health in Europe). ASPHER was founded almost half a century ago, and the school is one of the founders of this association or the Department of Public Health of the European Region of the World 26 Health Organization. The first assembly of ASPHER was held in 1968 just in the School of Public Health in Zagreb. Since 1993, ASPHER has been awarding annually the medal with the name and image of Andrija Štampar, prominent to individuals of his merit in the field of public health. The school is an active member of the European Association and in 2002 hosted the conference and the most important annual meeting ASPHER Deans & Directors’ Retreat and Assembly in 2014. At the School of Public Health there are several collaborating centers of the World Health Organization (WHO Collaborating Center). This title is awarded to the department of individual institutions in recognition of the active cooperation on programs as an additional contribution to its international recognition. Their status must be justified and confirmed every four years.

Andrija Štampar School of Public Health Dormitory was built as part of School in 1926 with main intent to be used as a provisional stay for people on specialization and education within a framework of health educations and medical science projects. Generations of medical doctors and world experts from all areas of expertise have used hospitality of this establishment in the last 90 years.

The building is fully renovated in 2006. Dormitory now has twenty double bedrooms, stylishly and usefully decorated. Each room has its own bathroom. Guests have at their disposal a small kitchen and a room for quiet work with computers, printer and internet access. The building has a parking lot and an elevator. On the third floor, where Dormitory is situated, is also a newly renovated restaurant with open and closed terrace.

Accommodation is optional and included in the Early bird and Normal ticket participation fees. You can find out more about the dormitory here: http://www.snz.unizg.hr/en/organization/dormitory